Virtual Reality Throughout The Industries 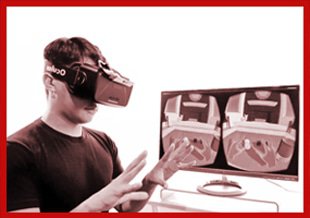 The launch of the Oculus Rift and HTC Vive as well as Samsung's Gear VR and Google Cardboard have paved the way and it is estimated that the VR market will be worth an estimated $30 billion by the year 2020.

Pascal Gamer is fully aware of the fact that VR arcades aren't so new. In fact, there are thousands of them in Asia and a growing number being introduced in Canada and the United States. Most teens can't afford the high prices of VR headsets and they are using VR arcades instead. These arcades allow people to experience the computer-generated worlds without having to buy a headset. According to SuperData Research, the nascent VR gaming industry is projected to grow into a $2.3 billion industry by 2020.

Yokey Pokey is one of eight VR arcades in New York that launched in fall 2017 and offers users the chance to play all the latest games. Their range of headsets includes PlayStation VR, Oculus Rift, HTC Vive, and Samsung Gear and we can expect to see a lot more arcades opening their doors in 2018. The prices start from about $25 for 30 minutes of VR gaming. 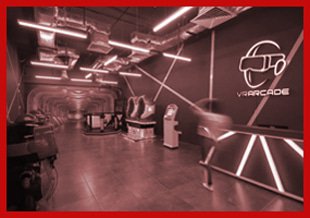 There are some amazing VR games available for PC, gaming consoles, and mobile devices. Below you'll find details on the best 9 VR games so far, each of which demonstrate 3D game developement at its finest.

VR and the Entertainment Business

The VR industry continues to grow and Facebook reported last year that users watched over one million hours of content through their collaboration with Samsung's Gear VR hardware. In 2016 politic joined the VR movement and people in 121 countries tuned in to CNN's VR screening of the first US Democratic Party Debate of the US Presidential election. Major movie studios such as Disney and Warner Bros are creating branded VR content too and film festivals have been screening VR content too. Virtual reality casinos are also available where players can experience the most realistic and unique online casino experience ever. You can find more at online-casinos.ca

Despite VR being considered a relatively new technology, it is fast becoming a part of everyday life. You can use your Oculus Rift and other virtual reality headsets to chat with friends and family overseas in a virtual room. It's like Skype only you're transported to a shared room. You can watch movies in VR too and as the hardware gets cheaper and easier to setup it is being used more and more. VR is being used to treat PTSD, train employees, help paraplegics regain body functions, to train medical students, treat pain, treat anxiety attacks, help children and teens with autism develop social skills, and so much more. It will be interesting to see how much further VR technology spreads in 2018.