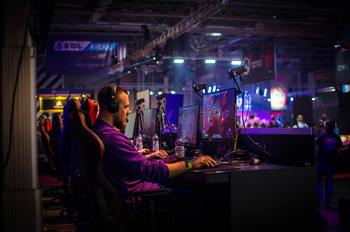 Game development and programming is now becoming a fad among novice programmers and even experienced ones. Game developers are either doing it as their hobby or for them to earn salaries and be professional programmers. Some might say that it is not an easy job, but the growing community of interested game developers somehow contradicts it.

Compared with other software development jobs, this involves the right mix of skills and art as it will mainly concentrate on developing the next line of video games for reputable gaming companies. Aspiring game developers should also learn to work with huge teams of publishers, producers, designers, artists, programmers, art directors, development teams, sound engineers, and many others.

Most importantly, they should dedicate more of their time and resources in several game development books to continue learning the art and science of game development. Here are some of the best game design books available in the market today which can assist them in their venture of game programming:

Game Engine Architecture is one of the best video game books ever published in the market. It currently details all computing systems used in different modern game engines, as well as the inter-system schemes and interactions of different gaming blocks. The book also boasts its professional writing style which suits all types of readers from beginners to experienced programmers.

It recently released its second edition which highlights more topics concerning eighth generation consoles like PlayStation 4 and Xbox One. However, this version is not novice-friendly and focuses on skilled developers who have experienced on several computing software and programs.

Beginners can also consider the Programming Game AI book which offers easy to understand topics on game developments. This book explains different program design processes in a step-by-step and logical scheme for new programmers to comprehend. It also provides computing secrets and tips which can be efficient in modern-day programming.

The Art of Game Design

The Art of Game Design is considered one of the most comprehensive game designing books available today. It introduced a practical way to better understand game development and a fresh approach on software programming. The book also details the various mistakes professional developers often make even in the simplest computing detail. Its attractive graphics and illustrations also attract more readers to dwell on this book.

This book is for mathematicians and programmers out there. 3D Mathematics is considered the top option for those who are doing 3D programming and development and computer graphics at the same time. It is considered the best reference book on incorporating basic geometry, vectors, curve algorithms, matrix, ray tracing, and other mathematical concepts in 3D programming and game developing. It also features chapter exercises - which have answer keys - for actual application and practice.

On the other hand, those who are looking for refreshers on the essence of artificial intelligence in game development and production, then they can skim through Artificial Intelligence for Games. This book features numerous techniques and tips on how to implement game designing ideas. It boasts that it provides in-depth guides for first-time game developers who want to be masters of their own crafts.

Level Up!: The Guide to Great Video Game Design

Level Up! Presents computing and game design topics in a fun and enticing way for its readers. Its author included various drawings and illustrations to explain complex terms and discussions in a lighter and exciting manner. The cartoons presented in this book details topics like monetization, managing console and mobile gaming systems, and creation of design documents. 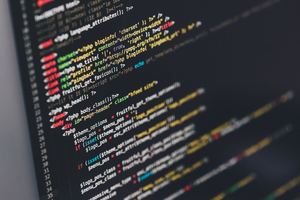 As the book title implies, Challenges for Game Designers gives emphasis on the exercises and challenges its readers must complete to become the best game programmers in the industry. These involve hands-on training and activities for growing developers which don't have enough computing experiences and skills.

Game Feel focuses on the importance of the player's involvement to the games through their personal perceptions. This book includes interesting topics about human perception, ancillary indicators, use of metaphors, as well as other virtual reality systems, and their effect on several gaming systems today.

There are other development books with titles available in the market today like Game Programming Patterns, The Gamification of Learning and Instruction Fieldbook, A Theory of Fun for Game Design, The Ultimate Guide to Video Game Writing and Design, Game Design Workshop, and many others.

These reference books will be very helpful in almost all computing and game development needs of anyone. Again, they just need to put much effort and devote some of their time and resources in these game development books to fully understand the intricate world of game production and development.